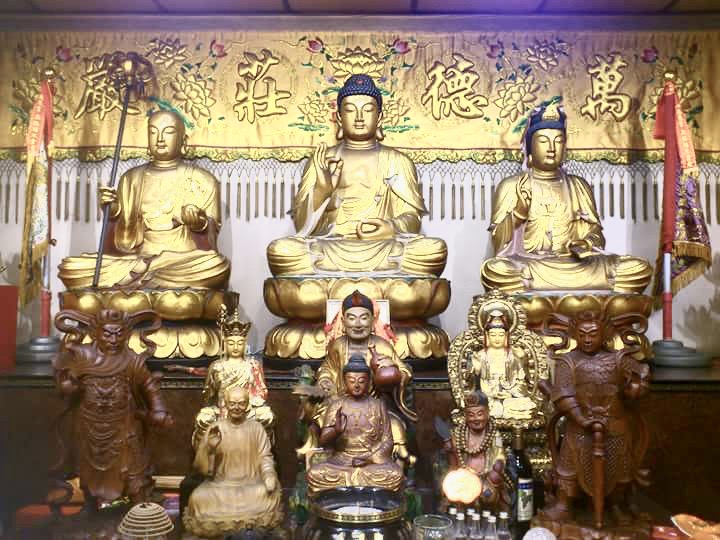 Li-ism is nurtured from the synthesis of Chinese culture, originating six thousand years ago (beginning with Fu Xi) passing on from sages to sages – the cultivation of “Unity of Heaven and Man” (天人合一). The establishment of Li-ism teaching is founded on one universal truth from the essence of Confucianism, Buddhism and Taoism as well as congregation of all sages’ and saints’ teachings. Thus, it is both very broad and deep, like river streams eventually joining back to the ocean of knowledge.

In the 16th year of the reign of (late Ming Dynasty) Emperor Chongzhen , Yang Zu founded Li-Jiao or Li-ism, which is about four hundred years ago. Li-ism blends the essence of Confucianism, Buddhism, and Taoism schools into one integrated teaching, and a school unto itself. It is inspired by the principle that Heaven and Earth teaches all selflessly. With selflessness as its core, Li-ism promotes the Way of the Unity of Heaven and Man (天人合一).

It is within the fabric of daily life that the teachings of the sages are actualized, and as such, it is a religion that is very suitable for all times. It affirms that all beings have Buddha nature, and all beings can become Buddhas. Li-ism integrates the teachings into the various lessons for spiritual growth, and coupled with practices within daily life, is very suitable for modern people to learn and join.

Li-ism’s core values are best encapsulated in the following line:

為天地立心        To instill compassion within Heaven & Earth,
為生民立命        To drive inspirations into the lives of the people,
為往聖繼絶學    To learn the ways of sages for well-being continuity,
為萬世開太平     And to achieve peace and prosperity for generations.

The future goal is to build a healthy and happy “Joyous Co-Living Community”, one that truly builds on the ideals of society, where the young can grow, the able can use their talents, and the old can retire happily. The vision is to promote various mind, body & spiritual education and activities, to build a culture where everyone helps one another, providing ample opportunities for volunteering, and to fulfil aspirations for charity.

The long-term goal is to expand the community, covering the six major stages of life ~ “Living, Old Age, Sickness, Death, Nurture and Leisure.” Through this the community aims to expand globally and strive to achieve a universal harmonious world imbued with truth, goodness, beauty, uprightness, and love!